I went on the toboggan today and yesterday. The video is from yesterday when it was a little slower going...it's powdery and in the 20s!

Merry Christmas everybody! Time to celebrate the birth of the Savior who came to die for sins in place of we who believe. Good news for now my Dad is not diagnosed with cancer. We may have a white Christmas here in TN as well like the old song.

This feature about Rhema is much better than the other one I waited so long to watch on ABC.

Gunman fires at Fla. school board, kills self - National News | Tri-City Herald : Mid-Columbia news
Well, here is a class warfare guy...poster boy for the Democrats' mentality? He feels negatively about rich Republicans and Democrats, but he's the kind of guy the Democrats influence in their encouraging jealousy of the "rich." Yes, there are rich Democrats too, and you don't see them cutting their own salaries generally!
Still, Democrats are the ones who teach "poor" people to hate the rich to foster votes for themselves. This guy was clearly mixed up and crazy, but his mentality is one based on blaming the rich...someone else... for your problems instead of seeking God to help you in your time of need.
Democrats think they can take money from the rich (a form of stealing I feel) to give to others (some who really don't need it) or to use on their pet projects. I think they got mixed up watching Robin Hood, only Robin Hood was serving the actual King and not the usurper! That was a little different.
It was crazy seeing Democrats act like not stealing more money from people who get an inheritance or something is somehow putting us more in debt or robbing from someone else. Really, it's just not dipping your hand into someone else's bank account like an identity thief would...no matter what they plan to do with the money...which generally is more of a waste of money than what the original owner of the money would have done likely. Actually, a lot of people who have more money give generously to those in need I think, as well as they create jobs for people who have less!
Posted by KT at 10:58 AM No comments: 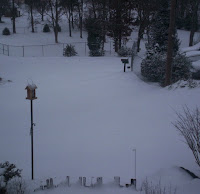 A lot of things have been going on lately, but I will mention the enjoyable things for now. We watched the new Voyage of the Dawn Treader last weekend, which was mostly good but for Eustace practically using God's name in vain...all but the d and slight modesty issues and a bit of a psychological twist. It got more dramatic maybe halfway in, and it was hard not to keep in mind a negative review or so I had read. Also, I was comparing it to the BBC version which had some things quite a bit different.
Still, we had some fun watching it with my family & some friends there last Saturday.
Today we have beautiful scenes outside, and in spite of my sore throat I'm not doing too badly. I don't know if I should go on my toboggan, but maybe to get the mail later?
Posted by KT at 8:50 AM No comments: